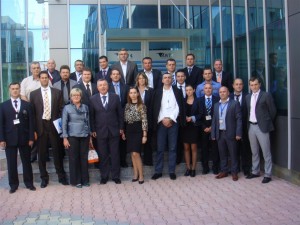 The meeting was held in the framework of the Project “Support of cooperation among border police on airports in Southeast Europe – BORDAIRPOL” and it was organized by the MARRI Regional Centre in co-operation with the Ministry of Interior of Republic of Albania.

The objective of the annual meeting was to create possibility for the Members of the PIRWG / NC to discuss various topics of mutual interest, exchange information about the latest developments in the field of air borders policing, risk analysis reports, good practices, identify gaps, discuss possible solutions and maintain quality of cooperation.